Above Briancon and its mighty fortresses, there is one of the wildest areas in the Western Alps. This area in the French Alps is known alternatively as the Massif of the Oisans from the old name of the region, Massif of Pelvoux or Massif of the Ecrins from the major mountain ranges within its borders. Massif des Ecrins is the name that finally asserted itself. The area is protected zone since 1913 and is a park since the seventies. It is a wide oasis of ice and rocks, enclosed by the valleys of Romanche, Drac , Guisane and Durance, with more than 10000 hectares of glaciers and 150 mountains above 3000m. The steep valleys, which can still testify with their U shape the recent glacial history or the region, are a typical feature of the landscape of this part of the Alps, so much that during wintertime some villages are totally shaded form the sun by the surrounding mountains.

END_OF_DOCUMENT_TOKEN_TO_BE_REPLACED

The Nikon D7200 is quite a small camera and is the perfect DX DSLR for reportages, outdoor or travel photography and probably the best aps-c camera currently available. As an outdoor photographer, since I was looking for a DX body, I was quite interested in this new camera when the D7200 came out. And after some time and treks using it, I can say I am overall impressed and really like it. I consider myself a “field guy” and I am quite practical when it comes to equipment choices, basing my choices on what would make life in the field easier. The Nikon D7200 is such a camera, not afraid to work in tough conditions. 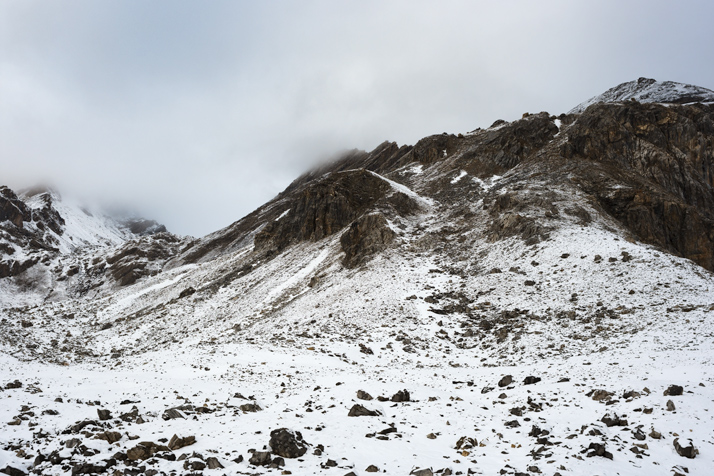 END_OF_DOCUMENT_TOKEN_TO_BE_REPLACED

I visited the Vallée des Merveilles, or “Valley of the Marvels”, to see its rich heritage of petroglyphs before the winter snows will cover them until late spring. Being an archaeologist myself, I was fascinated by the idea of having both open country scenery (my favorite along with cloud forests) and history.
About two hours form the French town of Nice and 3-4 hours from the Italian town of Torino, it is one of the richest sites in the Alps for rock art: it hosts between 40000 and 100000 rock engravings, dating to the III millennium B.C. Besides, the area features stunning scenery, with barren rocky peaks, several lakes and abundant wildlife: chamois, ibex or marmots are easily encountered in the high elevations. A wonderful place indeed! 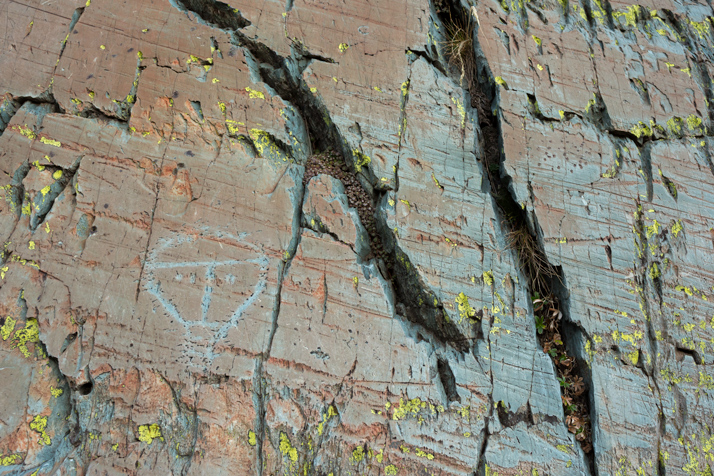 END_OF_DOCUMENT_TOKEN_TO_BE_REPLACED

A simple postcard from the Alps, a late fall view of a barren mountain pass in the Maritime Alps, where at this time of the year ibex and chamois are in their rutting season. In fact, as I kept climbing, from the little ravine depicted several chamois were coming out, one after another, in their brown winter coat. 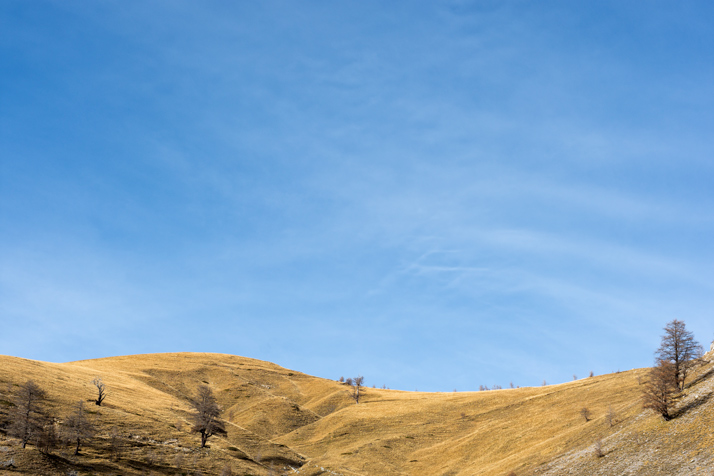 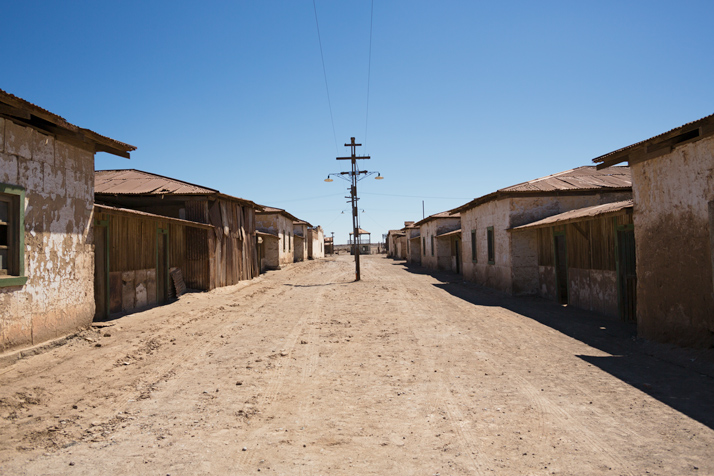 END_OF_DOCUMENT_TOKEN_TO_BE_REPLACED

Though located just North of the Equator, the Rwenzori is famous for its harsh climate, wet and cold: regular rain has to be expected almost every day, with snowfall above 4000m. The tough trek, with several steep and muddy parts, will enrich the experience. However the landscape is truly wonderful and fascinating: even if a similar afroalpine vegetation can be encountered on other major African peaks, the size and exuberance it reaches on the Rwenzori is unique, making a Rwenzori trekking a wonderful experience. The Rwenzori lies within national parks both on the Uganda and Congo sides and no independent trek can be undertaken. The trek can only be done with the help of local guides and porters, along 3 main routes, two from Uganda and one from Congo. The political difficulties of the region and the strenuous hike ensured the range remained largely unvisited. 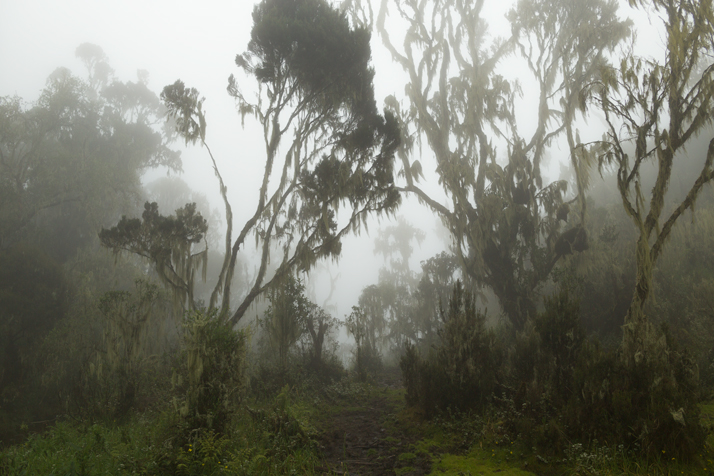 END_OF_DOCUMENT_TOKEN_TO_BE_REPLACED

The name itself, Rwenzori, in the local Bakonjo language means “rain maker”, so much so it can rain every day of the year and water has an eccentric presence in all its forms: rain, fog, ice, clouds, snow, rivers, mud. Several European explorers in Uganda and Congo failed to see the mountain tops for a long time, mud will be your trekking companion for the most part. END_OF_DOCUMENT_TOKEN_TO_BE_REPLACED

Welcome! I am thrilled to launch my new website, a project which has been brewing for a while, showing my visions on nature and history (being an archaeologist myself) and the results of my journeys in some incredible corners of the World. I will also write some personal essays on my adventures or talk about my techniques or the gear used. Stay tuned for more.

This is my first blog ever and for my first post I decided to start with an image which brings me back good memories, dating to my first expedition to East Greenland, a 20 days solo trek I undertook in the tundra of Jameson and Liverpool lands in the Scoresby Sound region of East Greenland, the longest fjord system in the World. What brought me to East Greenland, to the remotest inhabited community in the Northern Hemisphere? Many reasons: the desire to see the Arctic in its full majesty, the non-funny challenge of walking about 200km with 40 kg on my back, the aspiration to move my steps into the “unknown”… 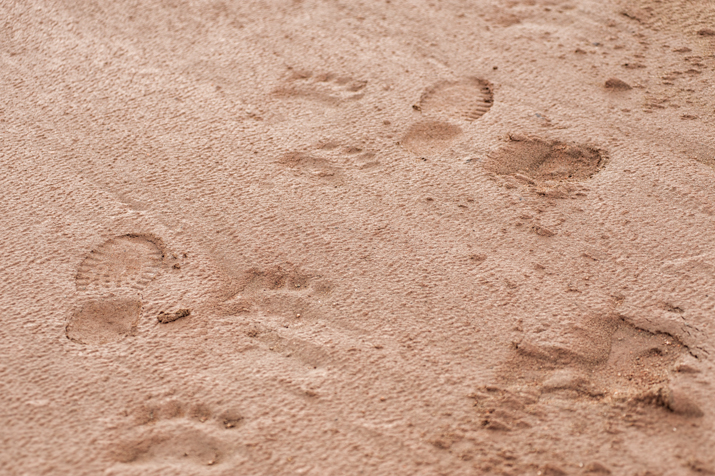