Above Briancon and its mighty fortresses, there is one of the wildest areas in the Western Alps. This area in the French Alps is known alternatively as the Massif of the Oisans from the old name of the region, Massif of Pelvoux or Massif of the Ecrins from the major mountain ranges within its borders. Massif des Ecrins is the name that finally asserted itself. The area is protected zone since 1913 and is a park since the seventies. It is a wide oasis of ice and rocks, enclosed by the valleys of Romanche, Drac , Guisane and Durance, with more than 10000 hectares of glaciers and 150 mountains above 3000m. The steep valleys, which can still testify with their U shape the recent glacial history or the region, are a typical feature of the landscape of this part of the Alps, so much that during wintertime some villages are totally shaded form the sun by the surrounding mountains. 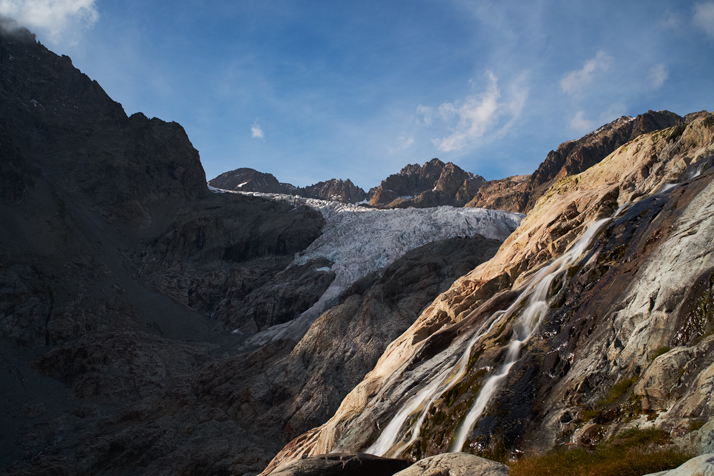 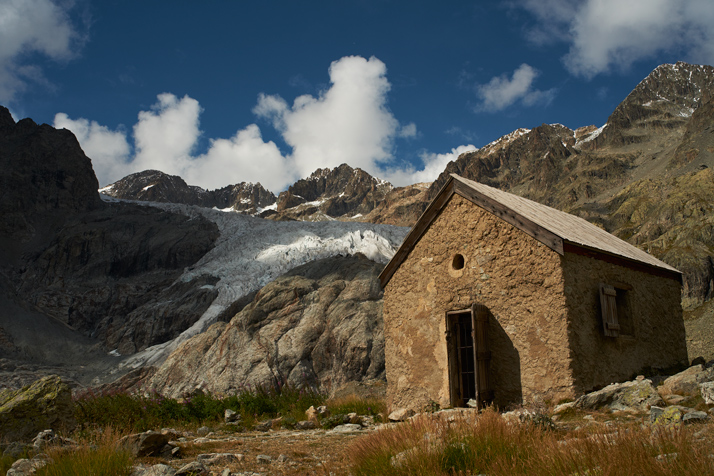 The first refuge below the Glacier Blanc built in 1886. It was named after the British alpinist Francis Fox Tuckett, who 20 years before built a basic bivouac near the glacier while trying to hike the summit of the Ecrin.